SouthFlorida.com: Time to take a bite out of Wynwood

Forget the bugs. Yes, the whole thing stung a little, an artsy district, cutting edge and above it all, being declared the first Zika zone in the continental United States. Followed by the bumps due to a federal travel warning that lasted 49 days. Business slumped and galleries slumbered. Cafes, breweries and restaurants were empty. The popular second Saturday art walks were canceled. "Like a ghost town," a bartender named Luciano recalls.

The travel warning was lifted on Sept. 19, with no new locally transmitted cases seen for 45 days, and visitors are swarming again to Wynwood. Restaurants such as R House on Northwest Second Avenue, Wynwood's main drag, were nearly full for brunch this past weekend, and Luciano smiled from behind the bar at the end of service on Sunday.

The thing that struck me on visits to the Miami neighborhood this past week wasn't just the comforting return to normalcy — mothers pushing baby strollers, tourists posing for pictures along the giant murals of Wynwood Walls, locals sipping craft beers and French press coffee brewed from El Salvadoran Finca Villa Gallicia beans — it was the whole spectacle of what normalcy is in this unlikely place. 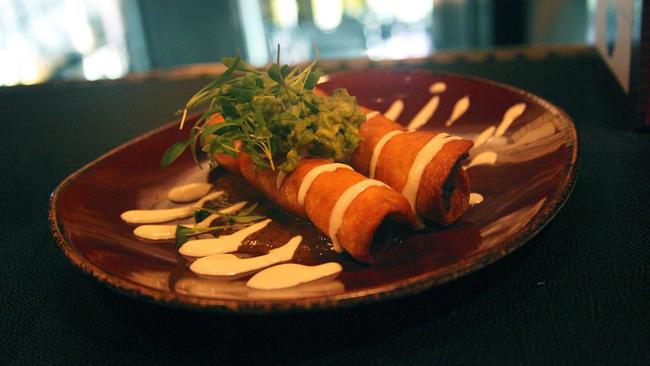 Wynwood Kitchen and Bar
Barbara Corbellini Duarte /Flautas at Wynwood Kitchen and Bar, where executive chef Miguel Aguilar says he’s inspired by the creative surroundings.
In a span of two days, I ate herring with daikon and beet relish on wheat toast at a kosher bakery (Zak the Baker); seared scallops with asparagus, black garlic and pea tendrils in a relaxed, wood-burnished dining room (Beaker & Gray); and crispy pork with cheddar chipotle grits and pickled peppers in a room bedecked with art (Wynwood Kitchen and Bar). All were delicious.

"At first, we were known for bars, but over the last three years, there's really been an explosion in the culinary arts," says Albert Garcia, vice chairman of the Wynwood Business Improvement District. "We have James Beard Award-winning chefs and first-time innovative chefs. We've become an incubator of all things creative."

At the original outpost of Panther Coffee, which opened in 2010, that was evident as a manager trained baristas on the finer points of "chemex" brewing, a drip-method that will be reintroduced on Oct. 1. She didn't want to give her name, saying she was sick of talking to the media about Zika, but she did hand me a cup of smooth Kenyan Thuti coffee, which was so fruity and perfumed it seemed sacrilegious to desecrate it with sugar or cream. It was the best damned cup of joe I've ever had.

A decade ago, this area was an urban wasteland, empty warehouses and vacant lots, relics of a once-thriving garment industry that cratered and fled.

And now, it's fertile ground — a kaleidoscope of colors and murals, artistic expression of all kinds percolating in every nook and cranny and drawing people from all over the world. First came the graffiti artists, then the muralists and gallery owners, then the beer brewers, bakers and coffee roasters. And now, there are chefs, opening high-end restaurants and elevating the dining scene to the same level as those soaring, two-story murals. 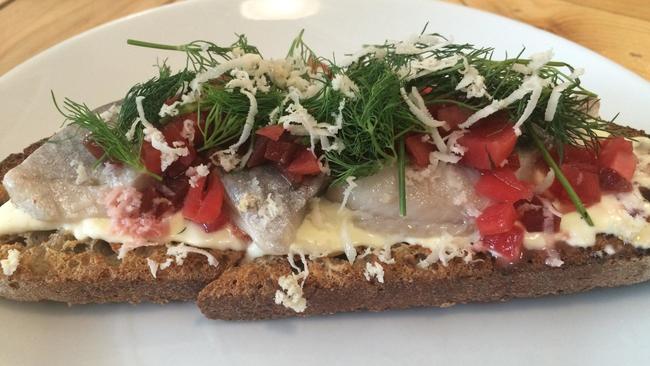 "When I first came here 5 1/2 years ago, I'd be scared to go to my car at night," says Miguel Aguilar, executive chef at Wynwood Kitchen and Bar. And now? "Some days, I can't even park my car. It's too crowded."

Aguilar once worked for renowned restaurateur Stephen Starr, including at his flagship Buddakan restaurant in Philadelphia. Now, Aguilar wouldn't trade places with anyone. He says he's inspired by the creative surroundings, happy to have more competition accommodating more visitors.

So forget the bugs, because you have to fly higher than those Zika-carrying mosquitoes to appreciate the big-picture, 35,000-foot view of Wynwood.

"I grew up three blocks from here, and what's happened is just amazing," says Ryan Zook, 35, who works in the film industry and toured Wynwood Walls with visiting European friends earlier this week. "The art, the restaurants, the breweries — everything." 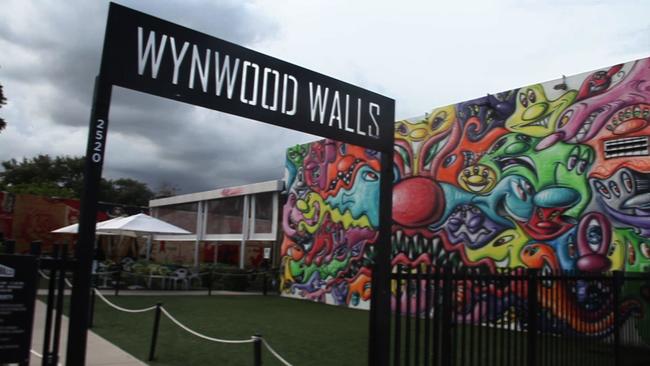 Wynwood Walls
Barbara Corbellini Duarte / SouthFlorida.com
Wynwood has art, food and sensory stimulation everywhere. (Barbara Corbellini Duarte / SouthFlorida.com)
For a first-time visitor such as myself, it was astounding. Imagine parachuting into the Haight Ashbury district of San Francisco in the 1960s, or New York's SoHo or Tribeca during the Andy Warhol and Jean-Michel Basquiat days of the 1980s. That's Wynwood today, only with more art, food and sensory stimulation everywhere. This includes giant murals of Warhol and Basquiat on a building across from Wynwood Walls, and a naked Donald Trump statue back in place after being stolen from the roof of the Harold Golen Gallery on Northwest Second Avenue.

It began with pioneering Tony Goldman, the late developer who planted the seeds of renewal with Wynwood Walls in 2009. Goldman, who also nourished revitalization efforts in New York, Philadelphia and Miami Beach, died in 2012. Now, the 50-block area just north of Overtown and downtown Miami has more than 400 businesses, including 100 dining and drinking establishments, says Garcia, vice chairman of the Wynwood Business Improvement District.

"It's a place that's unlike anywhere else in the world," Aguilar says. "People want to be a part of this."

Everyone got dinged when the Zika warning was in place (and now, it's Miami Beach's turn), with some businesses seeing revenue drop by half. But Garcia says no Wynwood store or restaurant went out of business.

"We coped," the Panther coffee manager says. "We had one worker who's pregnant and we transferred her to our store in Coconut Grove. But you know, I put on my bug spray today and the container said, 'Prevents West Nile virus.' So a few years from now, it will probably say 'West Nile and Zika.' People won't freak out so much."

Says Garcia: "Now that we're on the second week on the other side, everyone is fairly optimistic. We're coming back." Also lifting spirits: The approach of high season, with coming months bringing the nearby annual Miami Book Fair International, Art Basel Miami Beach and its spinoff and satellite events, and the Wynwood Arts Festival in February. 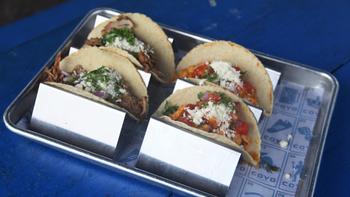 Where to eat in Wynwood
A guide to the art district's most notable eateries. (Michael Mayo)
To jump-start the festivities, and celebrate its Zika-free status, Wynwood restaurants will hold a special Dine Out event Friday, Sept. 30, with many eateries offering drink and food specials. It's also the final night of the Miami Spice dining promotion, along with the start of a three-day Octoberfest celebration on the corner of Northwest Second Avenue and Northwest 22nd Lane.
Garcia says there may be two silver linings from the Zika scare.
"It lowered everyone's guard, made everyone band together," he says. "Even though Zika is behind us, it's not business as usual. I think that spirit of unity will continue as we move forward."
And all that bad publicity may turn out to be good publicity, with all those standup live shots from Wynwood Walls and Wynwood's colorful streets on national newscasts perhaps luring future visitors.
"Wynwood really did become a household name," Garcia says. "It would be nice if out of that crisis came an invitation for everyone to discover what we're really all about."
http://www.southflorida.com/sf-eat-beat-wynwood-zika-free-20160927-premiumvideo.html